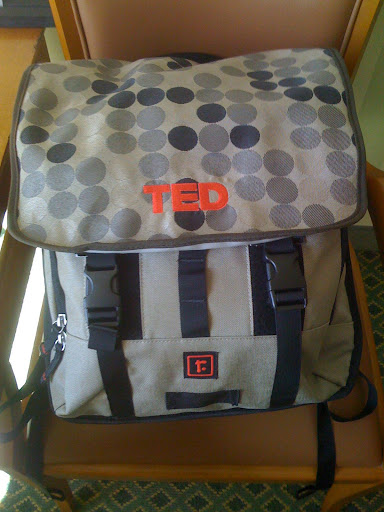 This week, MIT Sloan Management Review is in Long Beach, Calif., for this year’s TED conference, which starts tomorrow. We’ll report daily. Now in its 25th year, TED remains an unclassifiable event. The letters of the name originally stood for technology, entertainment, and design, but in recent years the tag line for the event has become “ideas worth spreading.”

The event is certainly an elitist one. It’s expensive, hard to get into, and you’re just as likely to bump into web inventor Tim Berners-Lee as Overboard star Goldie Hawn in the food lines. If nothing else, TED is a trip. The veteran conference (this reporter has been to six of them) has gone through many permutations. Under curator Chris Anderson, TED is still full of technology, entertainment, and design, but it has really lived up to the change-the-world rhetoric that was always a bit more under the surface during Richard Saul Wurman‘s ace stewardship. One high-profile example: Al Gore’s warning about global warming turned into An Inconvenient Truth after a movie producer saw him deliver the talk at TED. Last year E.O. Wilson debuted here the first iteration of his Encyclopedia of Life, funded by a TED grant.

The change-the-world attitude gets a bit out of hand: there’s plenty of talk about how for the past two years the gift bags, by Rickshaw Bagworks, have been constructed from 100-percent post-consumer recycled beverage bottles, but hardly anyone points out that the bags are overstuffed with non-essential items that have a much greater impact on the environment. Indeed, TED is a place for conspicuous consumption, even if it’s relatively sustainable consumption; it’s the only conference I’ve been to in which I’ve seen anyone drive up in a Tesla. (I’ve seen two today here as well as an even more cutting-edge vehicle.) Those with similar ambitions to TED’s, but a more limited budget, may wish to consider attending the alt-TED BIL, which is also in Long Beach this week (and which I hope to visit while I’m here).

For many years, TED was held in Monterey, Calif., but success has brought it to a larger venue farther south, in Long Beach (there’s a smaller, parallel, event being held east of here, in Palm Springs).