Blockchain, a decentralized, distributed ledger that securely records digital transactions, has been met with high expectations due to its potential to disrupt business models and financial systems — and with caution due to the technology’s hidden vulnerabilities and hype.

The hype has only grown with the evolution of cryptocurrency. Since 2009, when Bitcoin was released as the first live blockchain application, blockchain solutions have proved valuable to the pioneering companies that have embraced them — but many other businesses have been slow to invest in adopting the technology.

What does this thus far uneven adoption mean for blockchain’s future impact? In the years since the late Clayton Christensen introduced his influential Theory of Disruptive Innovation, strategists have embraced his framework of sustaining versus disruptive innovation. Where does blockchain fall on that spectrum? In this month’s MIT Sloan Management Review Strategy Forum, we asked our panel of strategy experts to respond to the following statement: Blockchain is more likely to be a sustaining innovation than a disruptive innovation in the financial sector.

More than half (56%) of respondents agree to some extent that blockchain will be a sustaining innovation. Many panelists note that blockchain has already been adopted for decentralized ledgers and smart contracts in finance — and is unlikely to disappear, now that it’s been established. Wharton’s Lori Rosenkopf writes, “While there are some fintech applications that address new markets, the majority of financial innovations built on blockchain will be introduced by established institutions to serve their existing customers more efficiently — the very definition of sustaining innovation.”

Economist Preston McAfee suggests that blockchain developments to date “seem more evolutionary than revolutionary. But there is the possibility that some disruptive innovation that no one has envisioned yet will be enabled.” Olenka Kacperczyk of London Business School points out that cryptocurrency may evolve and disrupt the financial world more immediately than blockchain per se: “In a more laissez-faire world, there would be an abundance of both disruptive and sustaining innovations from cryptocurrency and other blockchain applications. In the world we live in, both types of innovation will still arise, but more of the latter than the former.”


“Blockchain has some novel uses as a public ledger with some smart contracting. It can serve as infrastructure to software application development, and we are just at the start of those.” Others question the nature of blockchain’s disruption. Timothy Simcoe of Boston University writes, “While blockchain already appears ‘disruptive’ in the colloquial sense of changing how things are done, I don’t see any reason to think it is ‘disruptive’ in the strategic management sense of undermining the sources of competitive advantage enjoyed by large, established financial institutions.” Annamaria Conti of the University of Lausanne also asserts that “blockchain is unlikely the disruptive innovation that will drive financial intermediaries out of the market.”


“According to Clay Christensen’s well-accepted yet overapplied definition, disruptive innovations allow startups to serve low-end customers or new markets, gaining toeholds that may eventually upend incumbents. In contrast, blockchain is a general-purpose technology — infrastructure that can underlie many innovations, both sustaining and disruptive.” 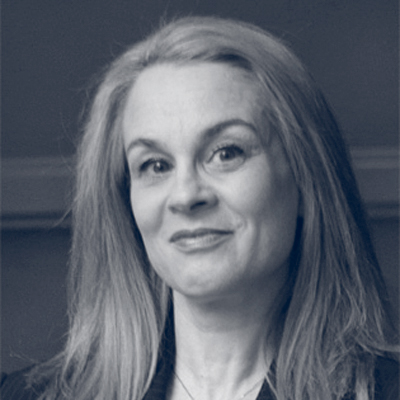 About 16% of respondents fall somewhere in the middle, with some suggesting that it’s just too soon to know the extent to which blockchain will prove disruptive. “Disruptive technologies start slow and then accelerate when and if they reach an inflection point (S-curve). Blockchain is in the pre-inflection point,” says Alfonso Gambardella of Bocconi University.

Other panelists emphasized the importance of context and perspective. “Disrupting or sustaining innovations lie in the eye of the beholder,” says Bruno Cassiman of KU Leuven. Anita McGahan of the University of Toronto notes the importance of industrial context: “Blockchain is disruptive in some financial industries, including, for example, project financing and real estate. It’s sustaining in some other financial industries, such as credit card payments and commercial lending. In yet others, it has the potential to be both disruptive and sustaining.” Over a quarter of panelists (28%) disagree that blockchain will prove to be a sustaining innovation and instead highlight its disruptive capacities. “Recording financial transactions in a public ledger creates a level of transparency that may disrupt the financial sector,” writes New York University’s Petra Moser. John Van Reenen of the London School of Economics and Political Science says, “It is likely to be disruptive in a broadly negative way from a welfare perspective.”

A number of panelists noted limitations of the technology itself that may curb its disruptive impact. “Blockchain technology is self-limiting by design,” writes Ivan Png of the National University of Singapore; as more objects in the chain accrue, “the storage cost increases exponentially.” Tobias Kretschmer of the Munich School of Management shares similar concerns: “If some of the large incumbents in the industry end up thriving in a blockchain-based world, it will be by accident, not by design or by virtue of the technology.” Joshua Gans of the University of Toronto highlights another design limitation: “A sustaining innovation is, at its heart, aligned with the architecture of the current system. Blockchain — at least in its more talked about forms (i.e., permissionless) — is not at all aligned with that.”


“The effect of blockchain on ‘supply’ and ‘demand’ of financial transactions is radical and disruptive. In line with industry evolution studies, this opens up the competitive realm for both new entrants and incumbents.” Across the spectrum, most panelists agree that blockchain has become well established in the financial world, but expert views of the future vary widely. Gans tucks a burning, unanswered question into a parenthetical: “To the extent it succeeds (still a big if), blockchain will end up being disruptive, as it will require new substitute architectures to emerge.” To some degree, it’s just too soon to know for sure how blockchain’s disruption will reverberate.

Raffaella Sadun (@raffasadun) is a professor of business administration in the Strategy Unit at Harvard Business School. Professor Sadun’s research focuses on the economics of productivity, management, and organizational change.

Annamaria Conti is an associate professor of strategy at the University of Lausanne’s Faculty of Business and Economics and serves as co-editor of the Journal of Economics & Management Strategy.